Suddenly is about popular cheerleader, Jamie Edwards’ world is turned upside down when she develops a crush on bad girl, P. J. Thomas. Jamie doesn’t know what to think when seeing P. J. working at McDonald’s suddenly makes her heart start fluttering. Jamie has gone to school with P. J. for several years and never felt anything like this for her before. She has never had these feelings for any girl, and she’s terrified by what they might mean.

Jackie Meredith and Mary Hanon have been together for almost a year now. In this short romantic tale, Jackie finds the perfect ring and executes the perfect proposal.
Find out how their story began in The Wrong Place at the Right Time.

When eighteen-year-old Jenna Matthews finds a dead body in her father’s freezer, her father almost kills her. The FBI rescues her and puts her in the witness protection program. While in hiding, Jenna becomes Elliot Cross, the man he has always felt he was. The FBI ask for Elliot’s help to shut down a human trafficking ring they think his father is involved in. Elliot gladly agrees to help, but when he and his father cross paths again, Elliot will have to expose his truth in order to save her former girlfriend, Cara Marshall’s life.

The Wrong Place at the Right Time

Mary Hanon is in The Wrong Place at the Right Time when has to go into a leather bar to get keys from her roommate, Ashley, she doesn’t know she is about to have the most amazing sexual experience of her life.

Jackie Meredith has had a crush on Mary ever since she started delivering UPS packages to the law firm where Mary works. She is stunned when she sees Mary in the lesbian leather bar.

Love gets Second Chances when Pam Matterson goes to Kentucky to save Dorothy Durham from her abusive husband. She knows she will eventually have to face Dorothy's daughter, Casey, who Pam had been in love with in college.

Casey Durham is moving back to Nashville to start her residency as an orthopedic surgeon at Vanderbilt University's hospital.  The last person she wants to see again is Pam Matterson.

Can they make amends and find the love they always wanted?

Jodi Nelson is Standing Her Ground after her parents force her to a pray-away-the-gay session at their church after she comes out to them. Pastor Haverty, the lead pastor at their church, takes Jodi downstairs for a private consultation when Jodi breaks down during the session. Jodi starts to leave the Church after Pastor Haverty left her to gather herself. She is grabbed and dragged into one of the rooms and raped.

Three years later, Jodi is happily raising her son, Bryan as a single mother. Suddenly, a strange woman starts stalking her. Her parents show up and demand to see Bryan after not hearing from them since she left home. When she refuses, they try to get custody of Bryan.

Jodi goes to the ACLU for help. Her case is given to the former family judge, Jean Carlisle, who gladly takes the case pro bono. With Jean's help, Jodi is going to stand her ground against the people who would hurt her son and her. She will prove that a single lesbian can be a perfect mother.

As the case to keep Bryan in Jodi's custody progresses, secrets, lies, humiliations, and fears will be revealed.

Building Love is about Patty McNeal who isn't sure of much in life except she wants to help turn the house her mother just bought into a bed and breakfast, and create a happy life for her baby who is due soon.
Theresa Garland is working as a foreman for her father's construction company. He assigns her to work for Patty McNeal's mother.
The two young women are on different paths that converge. Can they build the future to build a life together.

Alice, who is looking for some Afternoon Delight, has been flirting with Jeri for months, but Jeri doesn't play with straight women. According to the rumor mill, Alice is not only straight, but I slut to boot. Alice finally talks Jeri into coming to her house for a beer after work, where Jeri finds out that Alice intentionally created her reputation at work for a reason that will come as a big surprise to Jeri. Alice lives a secret life with her lover who has to keep her sexuality a secret, but they both like to have an extra woman in their bed.

Miranda Sanders is enthralled by Anita Golden's dark chocolate eyes. She knows that she wants Anita. Anita Golden catches Miranda staring at her from across the room where she come to do some Taste Testing for her friend, William, and is immediately drawn to her. Anita is only going to be at O'Brien's Food for a few days, but judging by the look in Miranda's eyes, they are going very enjoyable. 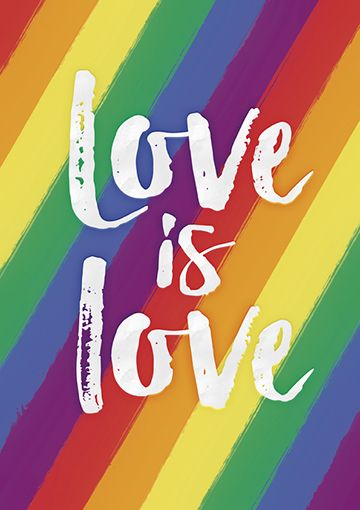 Everyone needs a happy story.

Although some of my books cover heavy topics, I always work toward a happy ending.